I needed to see them grow.

I needed to know they would both still be here.

Both of them. Both of my little loves.

With perfect growth and perfect heart beats. They are, well, perfect.

I needed to see that growth from our 6 week ultrasound to now to feel comfortable announcing that there are two. That we are having not just a baby. But babies. I've always been okay with just one, but now...now, I want them both with my whole heart.

I hope they both continue to stick around. Cause I really, really want to meet them.

So many of you have asked about Kelly. She's amazing. She's having a lot of morning (well all day) sickness, but she had that with her other pregnancies and she's seriously, the most awesome trooper.

I'm also super excited that in 3 weeks, I'm going to Texas for our first OB appointment. We'll be 12 weeks at that point and I couldn't be more anxious to see them in person!

I've said it so many times before, but maybe I'll have to say it a million more times before this pregnancy is over...I'm grateful. So very grateful for Kelly, for my friends here, for my family and for my husband. It's not easy to be removed from the pregnancy. Luckily, Kelly and I chit-chat throughout the day on most days. I know her cravings and her aversions. I know how she's feeling. I've seen her cute little bump and as of later today, she'll even be recording their little heartbeats for me. So because of her...I am a part of each little moment of their lives from the very beginning...even if I can't be with them.

So yes...infertility be damned. I feel like a pretty luck girl. 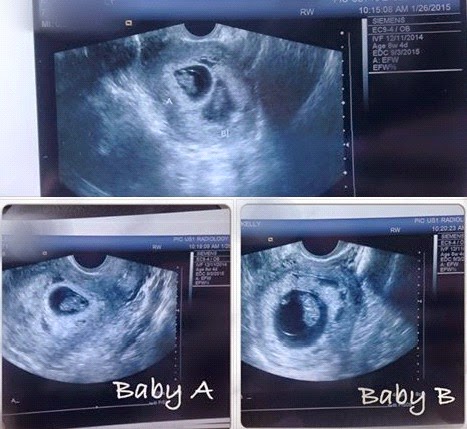 Well, in true "me" fashion, this day was not without chaos, bumps and bruises. But I won't make you wait...it did end with a happy ending.

K's appointment for her ultrasound was at 9:30 this morning. To say that the two of us were anxious, nervous and excited is a bit of a giant understatement. Either I was having sympathy morning sickness, or a panic attack. Not sure. Maybe both.

By 10:30, she went to the front desk to ask about her appointment. They said, that she was next.

Around 11 am, her and I both went from anxious...to extremely annoyed.

By 11:30, they told her that the ultrasound machine was broken and they would have to reschedule.

Seriously. We've had so many problems with this OBGYN office. So yes, we're going to find her somewhere else for her prenatal care. She called around and I called around to find another office to do an ultrasound today. Luckily an OBGYN office I spoke with said they couldn't do it, but gave me phone numbers for radiology clinics. She called and was able to get a 4pm appointment.

Mind you, K drives 45 minutes each way to her appointments. Not to mention arranging for child care, etc. She's seriously my hero for all she does for us and for this pregnancy.

We had to wait out the entire day after being completely frazzled this morning, but it was absolutely worth the weight.

Heartbeat was in the 120's and measuring right on track!!

We're seriously over the moon and so happy!!

Next ultrasound in 2 weeks!! 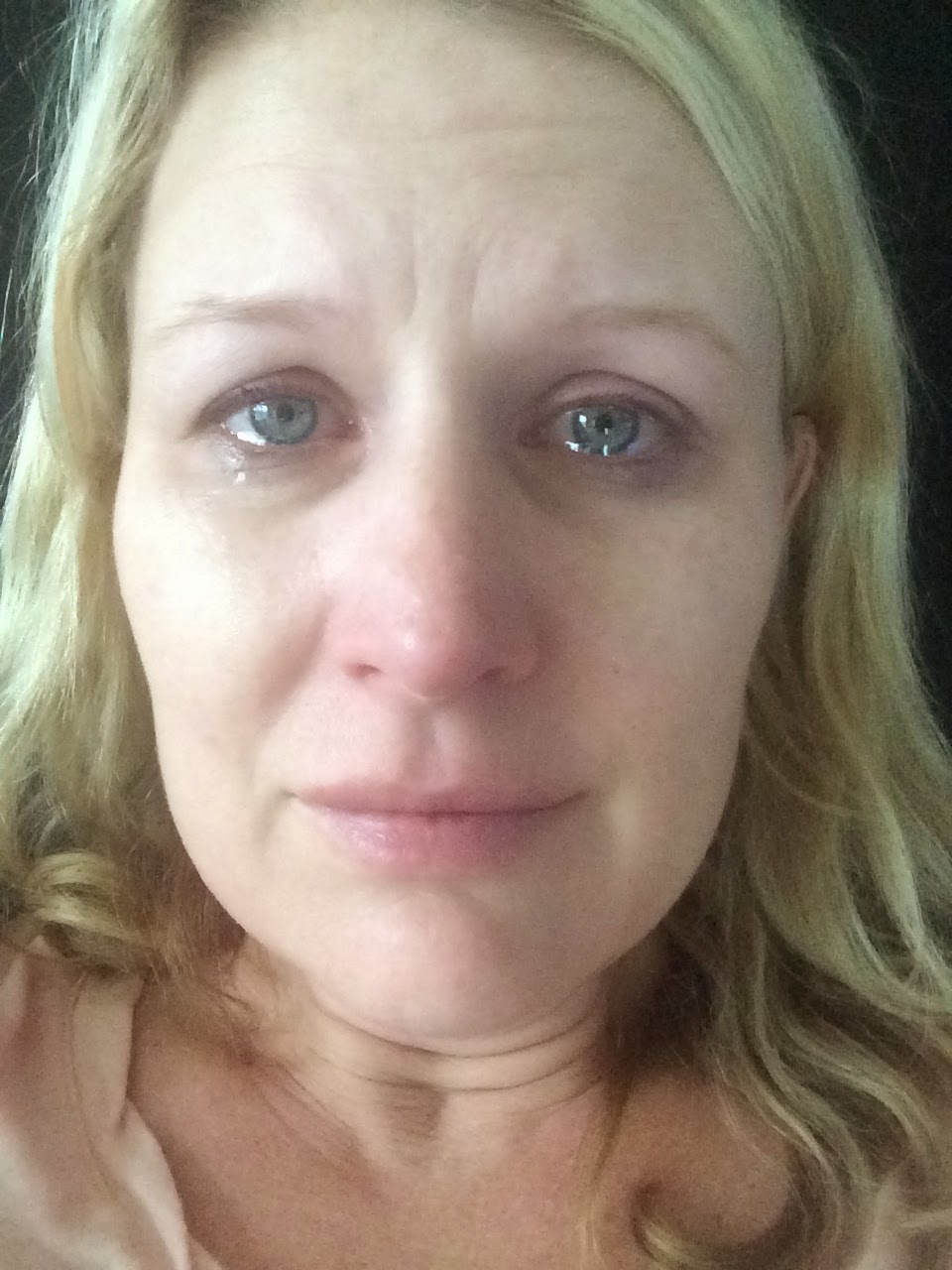 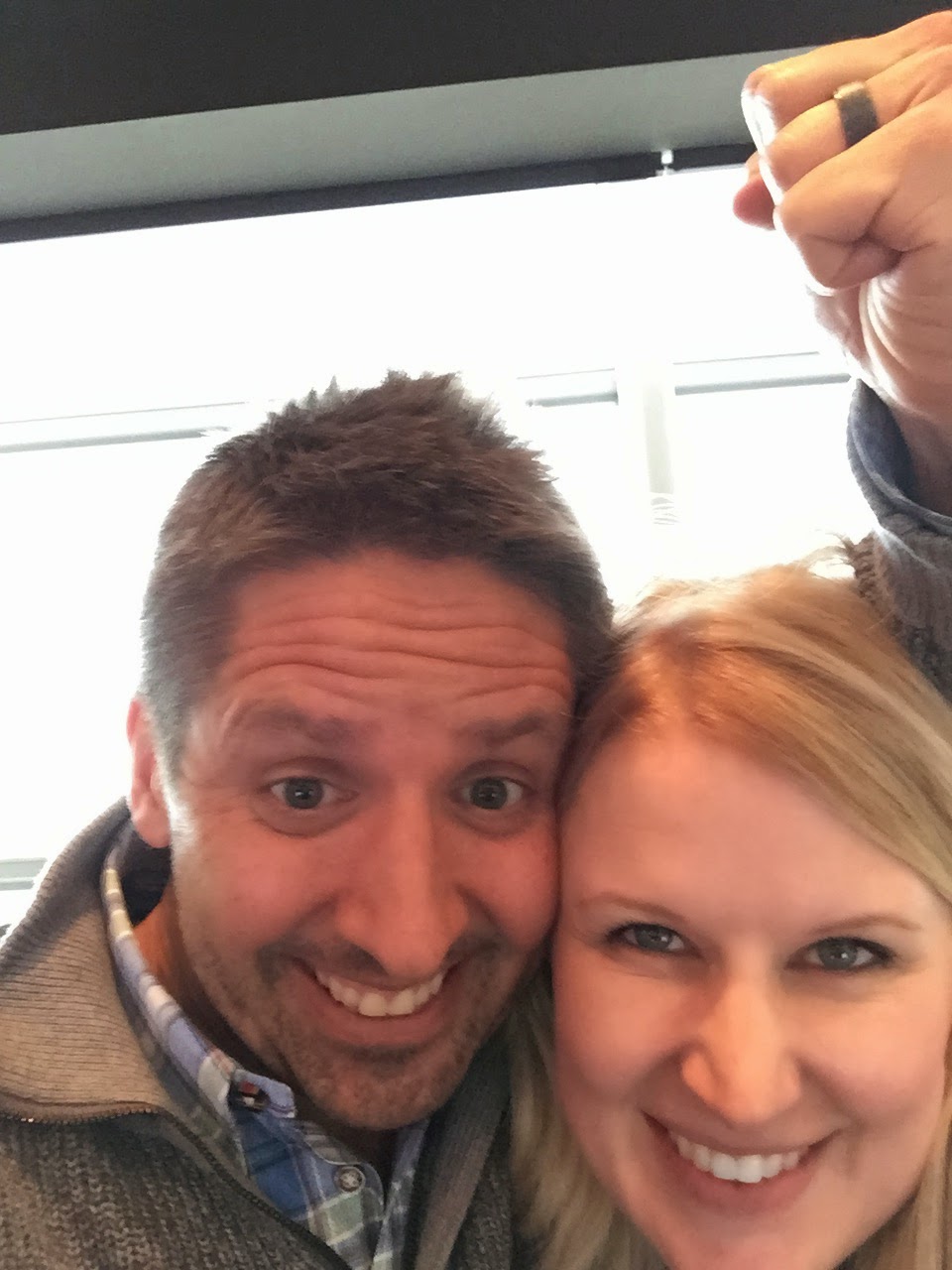