I know I posted on Monday that I was waiting on my surgery to be scheduled and that bloody FSH test that I've been begging for seriously 4 solid cycles. I found out my surgery date yesterday but then was like, "I'll just wait till I get the results of the test so I have a decent update".

Well fuck me. I have an update.

Yesterday I found out the soonest I could get into surgery was February 1st. I was pretty bummed about this because that seems really far away. The nurse said RE was on vacation starting Dec 17 until Jan 7. So really, I guess if he only does one surgery day a week, that's only 4 surgery days away. Not preferable, but what am I gonna do? So I booked a trip to LA for a long weekend and scheduled a weekend in Chicago the weekend after. (T's on production in both cities during those times)

Well then today happened. I might mention that I've only actually met or spoken with my RE twice. Nurses do the monitoring appointments and my IUI's. Nurses also are the ones that call me with results and to answer questions. I know he is behind the scenes making all the decisions, but all in all, I've met with him twice. This morning, he called me personally. My heart dropped, because I knew this couldn't be good.

1) He was going to tell me that I was ridiculous for asking for an FSH when he kept telling me that I didn't need it.

Guess what folks. It's option 2. My FSH level was 15.5. They want it to be less than 10, but anything over 15, is not good. His response on the phone was first to ask me if I came in on cycle day 3. Why yes, yes I did. His next response was actually shock. He said he doesn't want to believe it. My responses to meds have been great and on very low doses of Letrozole/Gonal F. He asked how soon I could come in to get and AFC and AMH. I said anytime you want me, I can be there. I also asked him what that meant. He said IF the results were accurate, it would not be a good prognosis and I would have a low chance of getting pregnant with out donor eggs. But...again, he said he doesn't believe so neither should I...yet.

I called T and he cancelled meetings to be with me at the appointment. (I've mentioned before how awesome he is, right?!) I was pretty upset at work (and again when I saw T), one of the owners now know we're having fertility issues, because of a little breakdown when I told him I wouldn't be back this afternoon. Sheesh.

So now it all comes down to the AMH and of course, it takes a week to get those results. I also found out my RE isn't really on "vacation" for the next 3 weeks. He's having knee replacement surgery. So even though the results should be in by next Tuesday, it will most likely be Wednesday when I hear from him. Who wants a drugged up doctor reading test results?! Agreed. I can wait one day.

So where do we go from here?! Well I can't say that for sure until next week. Though I do know that either way, we will be turning up the aggressiveness of our protocol either a little or a lot depending on the AMH result. Surgery is also in question depending on that result. My guess is IVF. Guess I'll have a pretty big update next week.

Merry Christmas to us, eh? 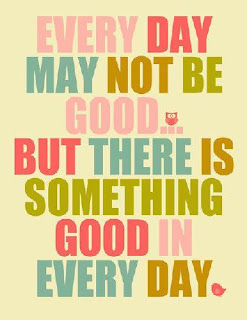 Thank you to my friends and my husband for making me feel loved today. Trust me, I know how lucky I am, even through all of this.
Posted by Suzanne at 3:45 PM