This post is going to be a bit happier, or at least a lot less mopey. I had a bit of a low point last week because all of this just hit me. It has seemed that even when the crap stuff hits us, it seems to just get worse and worse. I was struggling with that last week. Kind of a WTF kinda week, ya know?! Many of you were spot on with your comments and they were extremely encouraging, so thank you.

I'll start with Friday night. Like I said last week, I've been very withdrawn around my friends. Even friends with no kids, because I've felt this feeling of shame because a lot of them knew of our issues. It's silly, I know. So we decided that it was past time that we had a night out. We met up with some very good friends of ours and went out for dinner, then listen to a bit of live music and even ended the evening at a karaoke bar. NO, I did not sing. I was DD, but still enjoyed a cocktail or two earlier in the evening. We had a great time and while, yes, as I always fear, I was asked about our treatments and how things were going...but she was very sweet.  Here's a funny pic of T & I sharing a drink. 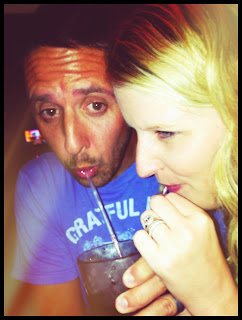 Saturday we spent the day cleaning (okay, that part is less fun), went out for lunch and then grilled steaks and watched a movie. Perfect night.

Sunday, we FINALLY got out to play a little golf. This was the first time all year, sad considering the great weather we've had this summer. But with the IVF and then pregnancy/miscarriage, my body hasn't really been up for it. We took it easy and only played nine. I will admit, I'm a little rusty since last summer. Hopefully in the next couple months we can get out and enjoy a little course action a few more times. 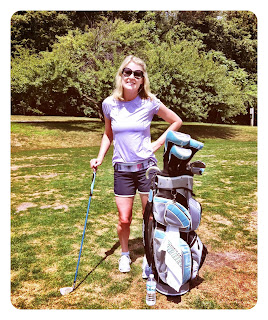 So I'll go ahead and admit that T and I are big fans of margaritas. Our blender is on the outs. Well, done is probably a better word. We still had a large credit at Crate & Barrel from our wedding over 2 years ago, so we splurged on an appliance we've talked about wanting for quite awhile. 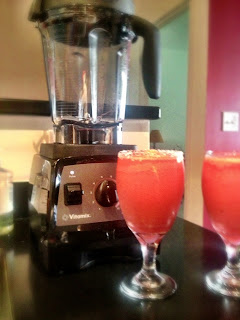 This thing is a beast. Incredibly stoked about this new toy and we christened it with fresh raspberry margaritas on Sunday night. I also made potato soup in it last night in preparation for my lazy couch day after the D&C.

The D&C was crazy early this morning. We had to be there at 5:30 am!! (so please excuse the sleepy eyes) 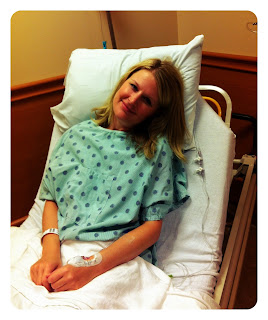 Everything went well. There was a small amount of tissue that was removed and I am hoping and praying and well, begging that was the extent. We should have the pathology report by the end of the week. We were at the Women's Hospital and they were so kind there. T took this picture and I thought it was beautiful. I hope it's a sign to have just a little more faith...and we will get there. 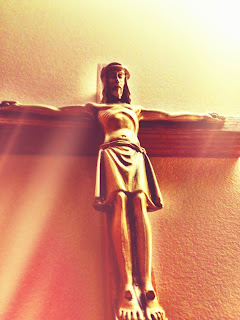 If not, we will probably have to consider the methotrextate which probably will result in a slew of expletives, feet stomping and screaming because I was told that we would most likely even have to put off the mock cycle and endometrium biopsy for a full 3 months if we go that route. That would mean any kind of donor transfer could be close to 6 months away. This. Would. Suck.

If anyone hasn't been reading my blog for a long time, I'll give the quick version of my apprehension to having the D&C. When I had my blighted ovum a few years ago, I had a botched D&C. The pathology report came back and there was no pregnancy. So six days later I was being wheeled into an emergency operating room 700 miles from home for a D&C under ultrasound with a pathologist in the room to confirm a pregnancy or they were removing my tube. Not cool. Luckily, it had been in the uterus, but I was of course nervous of scar tissue from having back to backs. Going into donor eggs, that was a concern again.

I looked my doctor in the eye this morning and told him I know there is a fine line between being to aggressive and not aggressive enough. I asked him to find that line and treat my uterus like gold.

I am home now and doing well. I have less bleeding than I've had in over 2 weeks (odd, huh?) and only minimal cramping.

I also have these big, fat babies to keep me company. 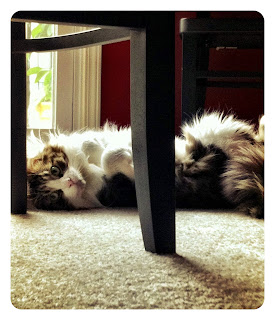 Dexter (yes, he's named after a serial killer)
The baby. 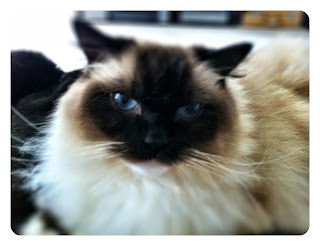 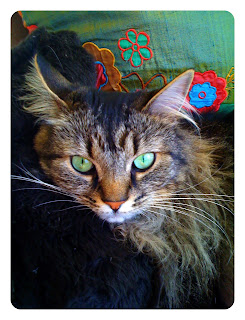 Time for the healing to begin. Starting now.
Posted by Suzanne at 2:52 PM